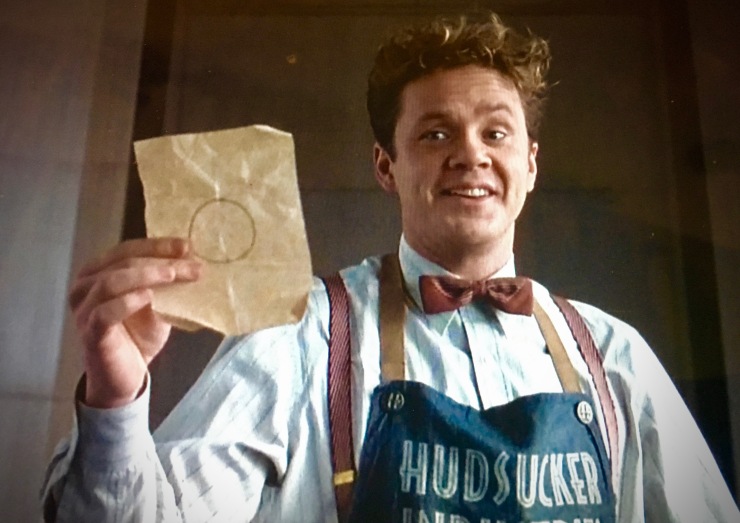 I like to think of myself as an embracer of change.

For me, the zing and zest of the new and the now are merely a part of what makes this crazy business of ours fun (most of the time).

Nevertheless, as someone who’s been around the sun a few times, I can’t help but pine for the occasional discipline that may have fallen out of practice or been made redundant by technology, particularly when I believe that what it afforded us is needed now more than ever.

One such discipline is the marker comp.

The marker comp was essentially a scribble on a piece of paper, a doodle with hand-bashed headlines, stick figures, and squiggly lines for body copy. It wasn’t about draughtsmanship, it was about the idea. The intent was to communicate a thought so succinctly you could hold it up from across a room and say, “What do you think?”

The simplicity of the form meant that ideas were generated at rapier speed. Nothing was too dumb, too ridiculous or too precious. You could dig deeper, faster and burn past the usual and clichéd early. As a consequence, you were more apt to alight on something original.

For years, the marker comp was the paper currency by which we created, shared, discussed, argued, fought, laughed, and generally got excited about ideas. Walls would be literally plastered with these things. After directions, tangents and permutations had been properly explored, one or two would be deemed worthy to present to the client. Here the marker comp would get a subtle upgrade in the form of a more considered rendering and the introduction of color courtesy of that other art director mainstay, the Magic Marker.

Yet no matter how elaborate or finished they finally became, the boards created for the client presentation where still essentially platforms for judging an idea.

The client never got side-tracked by the use of stock photography or a choice of font. Those conversations would come later once an idea had been picked. And that was the other great thing about the marker comp: stripped of any form of artifice, it was easy to spot a good idea from a bad one.

You seldom see walls plastered with paper concepts these days. Just as you never see a creative team batting scribbles across a table. Our first thought is to seek the answer on the computer, a quick fix that seldom forks any lightning.

It’s why I can’t help but think that a return to marker comps for concepting and presentations might be a good thing. It would undoubtedly help us refocus our attention on the essentials of effective communication:

Does it have impact?

Does it communicate something simply?

Does it do so persuasively?

Does it get you unconditionally excited or make you snort with laughter?

Because if it doesn’t, you’re doing something wrong.

If I could borrow a Delorean fitted out with a flux capacitor, I’d set coordinates for 1994 and head straight to the art supplies shop that used to sit opposite Covent Garden tube station on the Long Acre and bring back a box of N50s, a set of magic markers and a dozen A3 layout pads.

Then I’d invite my art directors and copywriters to go analog for a couple of days. In no time, the walls would be filled with possibilities, the floors strewn with the detritus of the wayward and, amongst it all, the seeds of a couple great ideas will be evident.

Computers have been great for a thousand-and-one things over the last twenty-five years.

But they killed the marker comp.

It’s time we brought it back.

View all posts by Blokewriter